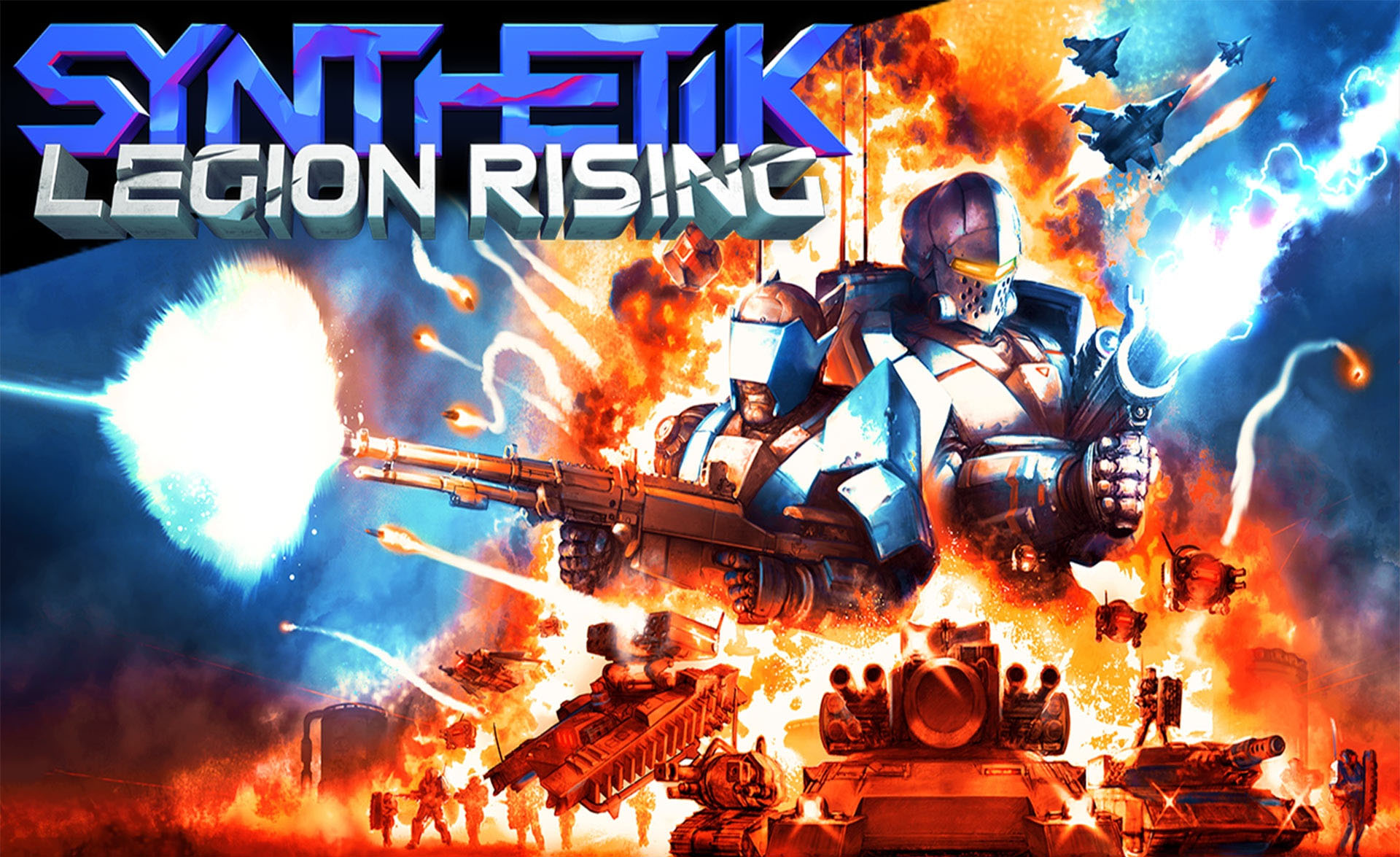 There is a concept in the game design called "game feel" or "juice". Mark Brown, of the excellent Game Maker's Toolkit, produced a video on the topic back in 2016.

Small design decisions from screen shake to sound effects, conspire to give games a satisfying crunch, flow, and tactility. Without these things, games can feel lifeless and underwhelming, even if there is nothing fundamentally wrong with them. So, why are we talking about this? Well, because today we are going to discuss why SYNTHETIK: Legion Rising was Tencent GWB's Best Shooter of 2019.

Let us start, unusually, with a direct quote from our judges:

That is quite the statement, but it is worth mentioning that GWB is not alone in their praise. So, let's talk about what SYNTHETIK is, and then discuss 3 reasons why people (including ourselves) think so highly of it.

SYNTHETIK: Legion Rising (Legion Rising being the name of the free expansion to the core game) is a "tactical shooter-roguelike" that brings modern mechanics into a genre often lauded for its adherence to tradition. Having an almost Dead Cells-Esque gameplay loop, players must fight their way past machine foes and dangerous bosses until they either emerge victoriously or die trying, with class unlocks persisting past death.

Along the way, players can experiment with the wealth of equipment unlocks at their disposal, while also getting to grips with things not often seen in top-down shooters, such as headshots, recoil and active reload mechanics. These elements might seem like they don't belong, or would be impossible to implement, from a top-down perspective, yet here they are in this game.

Beyond that, the game also features highly customizable difficulty settings and 2P co-op.

With all the components in place for a solid top-down shooter, SYNTHETIK shines its execution. The judges praised the game for its feedback – that aforementioned "juice" – stating that "the screen shakes, the hit feedback and the traces of combat left on the battlefield" gave the game a satisfying heft. This is not a game where the player-character slides around the battlefield as if on ice – combat can have flashes of speed, but it is typified by its brutal, considered intensity and weight. When hits land they land hard, and this, combined with the player having to juggle reloads and incoming attacks is what "made every fight feel exciting".

Another area that stood out to the judges was the level of customization on offer. Regarding weapons and items, they felt that the system was "rich" with "multiple distinctive options". When taken in tandem with SYNTHETIK's "unique take on difficulty settings", which allow players to tailor and define the experience to their own desires (as well as set challenges for themselves), the result was a game with "extremely high replay value".

The third point the judges raised was to do with difficulty, again. SYNTHETIK is not easy, and sometimes when you encounter "hardcore" games, the appeal can be in the sink or swim nature of the game, such as with fellow GWB Award Winner Barotrauma (Get it? Sink or swim...). But, despite being a hardcore shooter, SYNTHETIK managed to have an understandable and rewarding difficulty curve that followed level progression, meaning that "players were encouraged to continually expand their understanding of the game mechanics and operation". It's definitely possible that players will hit a wall quickly, as they attempt to get to grips with juggling the combat mechanics and reload system simultaneously, but once a player has a handle on it, they should be able to see improvement from run to run.

Clear visual and audio feedback, good weapon variety, mechanical complexity, and a well-judged hardcore difficulty curve. All of these things sound easy in practice but it's often so hard to get them right. It's why, after nailing all of these points, the GWB judges felt that "It's no exaggeration to say that SYNTHETIK can be regarded as one of the leading modern works in the top-down shooter genre".

SYNTHETIK is available to buy on Steam right now  and it well worth both your time and money. You can follow game updates and news by following the team's twitter (@FlowFireGames) or their website. It will also be coming to the Chinese mainland at some point in the near future, courtesy of a local publisher.

Thank you to everyone for their time – we'll be back later this week with an interview with the Flow Fire crew, and will have more features on other award winners after that.