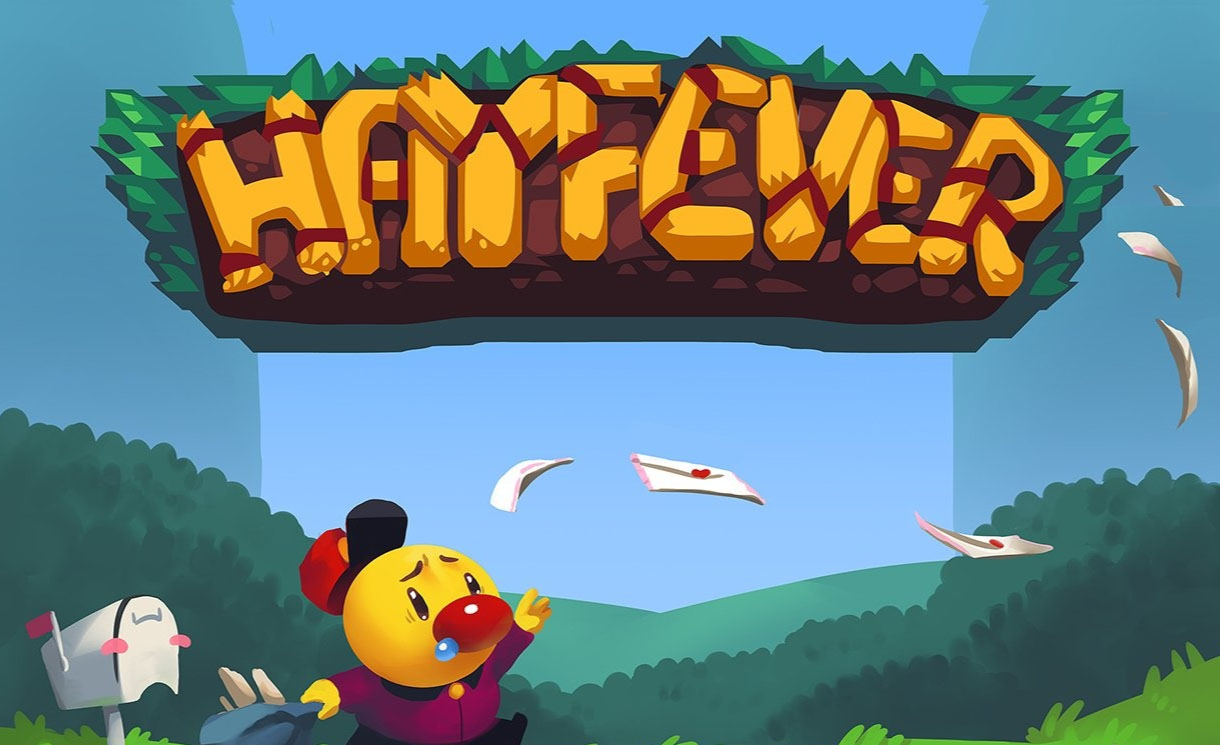 We've recently spent some time looking at the winners of the GWB game awards ( and we will continue to do so) but today we'd like to look at 3 semi-finalists from this year. These are 3 wildly different games that we believe have something special, and we hope that by talking them together we can maybe introduce at least a few people to a game that wasn't on their radar before.

We wanted to pick 3 games that were completely different from each other, to show the variety of games that we had to consider. The 3 games we are going to talk about today are ARblox, Hayfever and the delightfully named Gravity Heroes. We'll tell you what these games are, for those that don't already know and give you a glimpse at what the judges thought about each game. And then, like with eventual winners, we'll follow up at a later date with a focus on each. So, without delaying any longer...let's begin!

In order to understand ARblox, you need to understand why ARblox bills itself as a "social AR platform". For many people, AR is a naturally impressive technological development. To see something appear on your coffee table, or find Pokemon hiding behind the corner, it's hard not to smile and marvel as it seems, even today, like the future tech - the type that would appear in the 70s and 80s movies about what life would be like in 2007! It would be AR and holograms and flying cars. We still lack the flying cars, and holograms are getting there, but AR is a tech which, thanks to the proliferation of smartphones and tablet devices, can exist in our lives today.

So, what does this have to do with ARblox as a social platform? Because even though AR exists, the potential of it is often missed. In his AR Tech Seminar at Assembly Summer 2019 (https://www.youtube.com/watch?v=d6O3dXyAqqM), CEO and Game Director of ARblox Jeppe Kilberg Moller talked about ARblox in relation to games such as Little Big Planet, Minecraft and Trackmania - games which allow players to create, to share and to play. Having a city with tiny digital people appear in the middle of a room? That's great. Building a city and adding people, then making a video of a family member carefully stepping between the buildings, a video that you can share online? That's even better.

The judges certainly thought so. They understood quickly what ARblox was about, stating that the game "hoped to replicate Roblox's success in the AR field", nothing that was a "very imaginative thing". They realized that ARblox still has a way to go in development but that "as an innovative game platform" it has the "potential to become a blockbuster".

For the judges, the key to the future success or failure of ARblox lay in the following areas: ensuring smooth performance (as the creations and physics involved can be quite demanding), and its editor; the main part being whether the team can continue to build tools and expand on the potential of the platform as, like with Little Big Planet, Minecraft and their ilk, games such as this live and die on their ability to let players "develop really cool content".

Since ARblox was submitted, the team has already built upon that platform and have now released ARacers – Carpet Drift, a multi-player AR racer where you can build courses and race friends and family . In addition, even more recently, they put the AR Jenga-like Tower Crash Fall onto Google early access. There's even golf on the way! This, hopefully, signals a continuing commitment to their wonderful social AR platform.

If ARblox innovates by trying to realize the potential of modern gaming technology, Gravity Heroes innovates by tweaking and altering the traditional

If one were to look at Gravity Heroes, they would perhaps be forgiven for assuming it is yet another retro-style pixel art shooter, however that would be severely underselling it. Gravity Heroes manages to subvert expectations by taking something we all know and love and fundamentally altering how we approach the game. 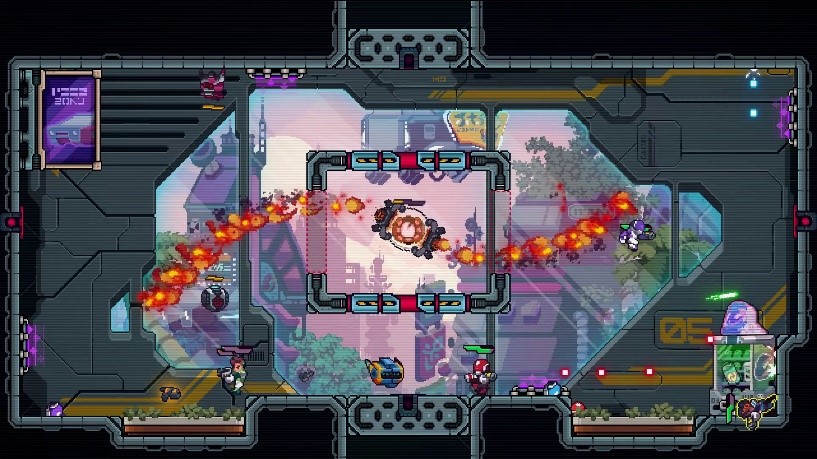 So, what is it? Well...it's a retro-styled, arcade shooter! But, it manages to separate itself from the pack in a few ways. Firstly, there is the main gravity mechanic – in Gravity Heroes the player can alter gravity to walk on the ceiling and walls, meaning that players need to consider the entirety of a level's layout, not just the platforms and obstacles one would normally consider. Something that seems simple manages to add huge amounts of depth to the experience. The GWB judges noted that the gravity manipulation "greatly improved the combat dimensions and player freedom" and that it also "rewarded players with a high level of skill".

Gravity Heroes has 3 game modes – Survival, Campaign, and Versus, and is playable with 1-4 players. Once again, small tweaks were made to ensure that Gravity Heroes feels fresh. When playing with friends cooperatively, the game uses dynamic difficulty to avoid levels becoming a cakewalk, and players of different skills can still play together thanks to the "ghost" system. When a player is beaten, they spawn a ghost that can help other players and collect energy in order to revive itself. This sidesteps the issues that certain multiplayer games face where a player might die and have to wait to be saved or revived in order to keep playing. It's a small tweak but one that means the game can maintain its pace and level of difficulty without alienating players less familiar with its systems. 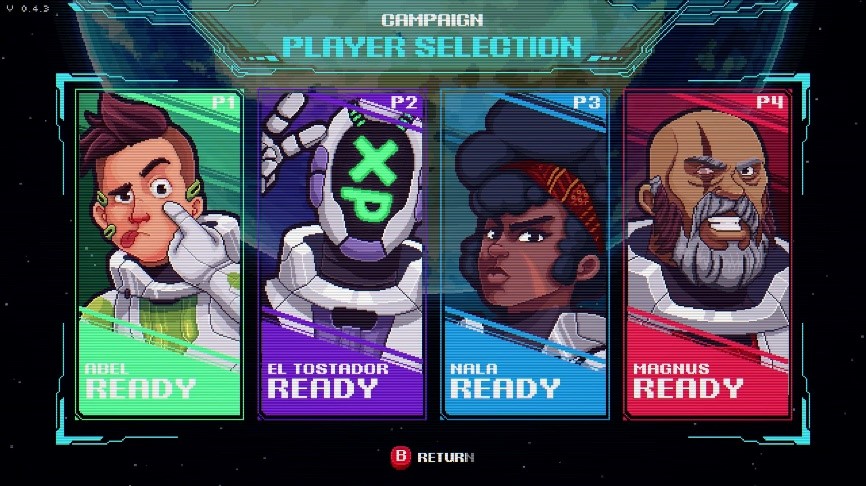 Another area where the judges thought highly of Gravity Heroes was how satisfying it felt. They stated that the visuals, controls, music and sound effects all felt polished and that the game felt fundamentally satisfying to play. The visuals and animations especially have a pleasingly chunky quality that sits somewhere between Metal Slug and Advance Wars. Platforms bounce as they're jumped on, shots arc, and wind-up animations are clear and expressive. It just looks and feels good.

That's not to say the game was 100% complete (it won't launch for another 7 months). The judges believe that the game needs to make sure it remains as fun and satisfying with repeated play by "focusing on replayability and long-term goals". They believe that with "some optimization" as well as "a focus on variety, such as more weapons" the game can maintain that level of fun in the long-term.

If you want to try the game yourself, go the Steam page for the game and try the demo. Of course, if you like it, please remember to put it on your wishlist. The full game is expected to release mid-2020.

The work of Conny Nordlund and Jonas Roininen, Hayfever is, in the developer's own words, the story of an "overworked mailman [Thomas] suffering from severe allergies." where he "uses his double-edged superpowers to traverse around his environment". This is a game where you have to traverse levels and collect mail after "he sneezes so explosively that all his mail flies away, scattering [it] across the land”.

So, it's a mascot platformer in a sense, with a lead character design reminiscent of the platform leads of the SNES era. However, bizarrely, it also proved to be one of the most divisive games among the judges. Some people didn't get it, but those who loved it, really loved it.

You wouldn't necessarily expect that from a cutesy platformer, yet it's the truth. So, why is that, and what makes Hayfever so special to those who got along with it?

Part of it is the expectation – the lead character Thomas is short, expressive and, honestly, really cute with his giant red nose and puppy dog eyes. The story sets the tone for something light and playful. If you look at the early alpha footage online, you'll see a green, colorful world. It puts you in the mindset that you're about to experience a fun and breezy platformer. And yet, the game is actually pretty challenging – less Mario and more Meat Boy (ok, maybe not that hard), and has zero hesitation punishing the player with bees, brambles, and spikes! 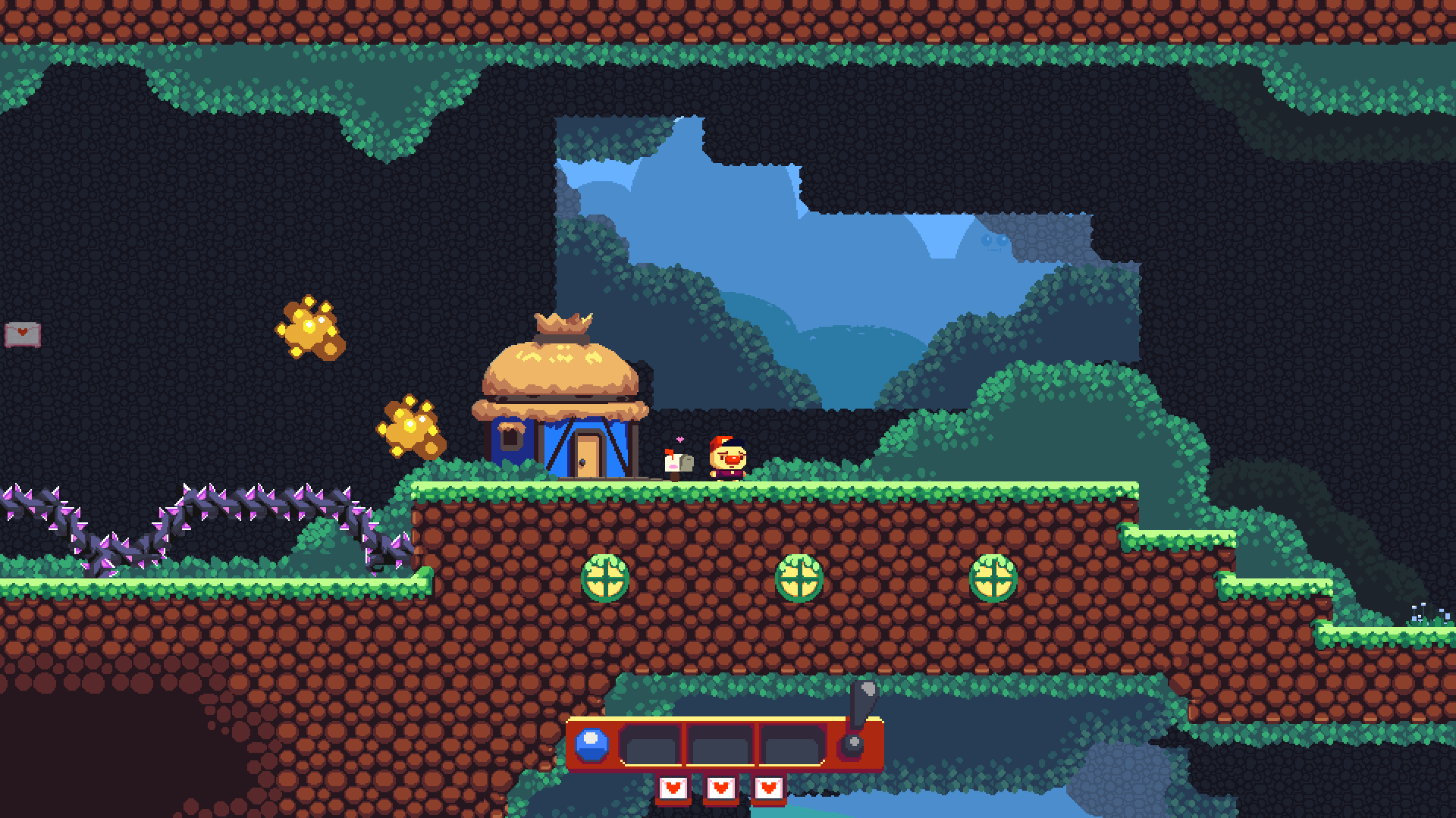 So, while not everyone got on with the difficulty of the game, there was one area where praise was unanimous – traversal. In Hayfever you can traverse heights and levels quickly by sneezing. Littered through the levels is pollen, and you can sneeze your way across a long pit of spikes by picking up the pollen above it and blasting your way across. It leads to an experience that can get blindingly fast, so...Sonic + Super Meat Boy? Everything about the allergy mechanic works – from the gloriously funny animations to the speed and momentum of each blast. It feels fresh and funny and the whole game is just so utterly charming.

A game that's not for everyone, then. But Hayfever has some serious fans at GWB (myself included) and anyone with a passing interest in challenging platformers (or just cuteness in general) should keep an eye on it. And, hey, if you really, really don't like challenging games...just look at the screen, watch the beautiful hand-crafted animations and listen to its frankly brilliant soundtrack.

It's  up on Steam, where you can wishlist it and was published by Zordix (@ZordixGames on Twitter).

Thank you for staying to the end of this article – we appreciate your time and attention. We believe these 3 games are the perfect examples of what we were looking for during the GWB Awards competition. Fun, innovate, joyful games. Some were cute, some pushed technology forward, some subverted genre expectations, and some blended mechanics and styles in a truly unique way.

If you're interested in any of these games, please follow them on twitter (@ARblox, @Pixadome_Games, and @gravity_heroes), wishlist their games, etc. It really helps. It shows other developers, publishers, and players that there's a market for games that break boundaries and try to stand apart as these 3 games do. Again, it'll help you stay up-to-date with the development of these games and also boosts their chance of finding the audience they deserve.

If all goes well, we'll have more content about these games soon but until then, from everyone at Tencent GWB, thank you for your time.

This article was originally posted on the Tencent GWB Platform Facebook page. Some information may have been updated.