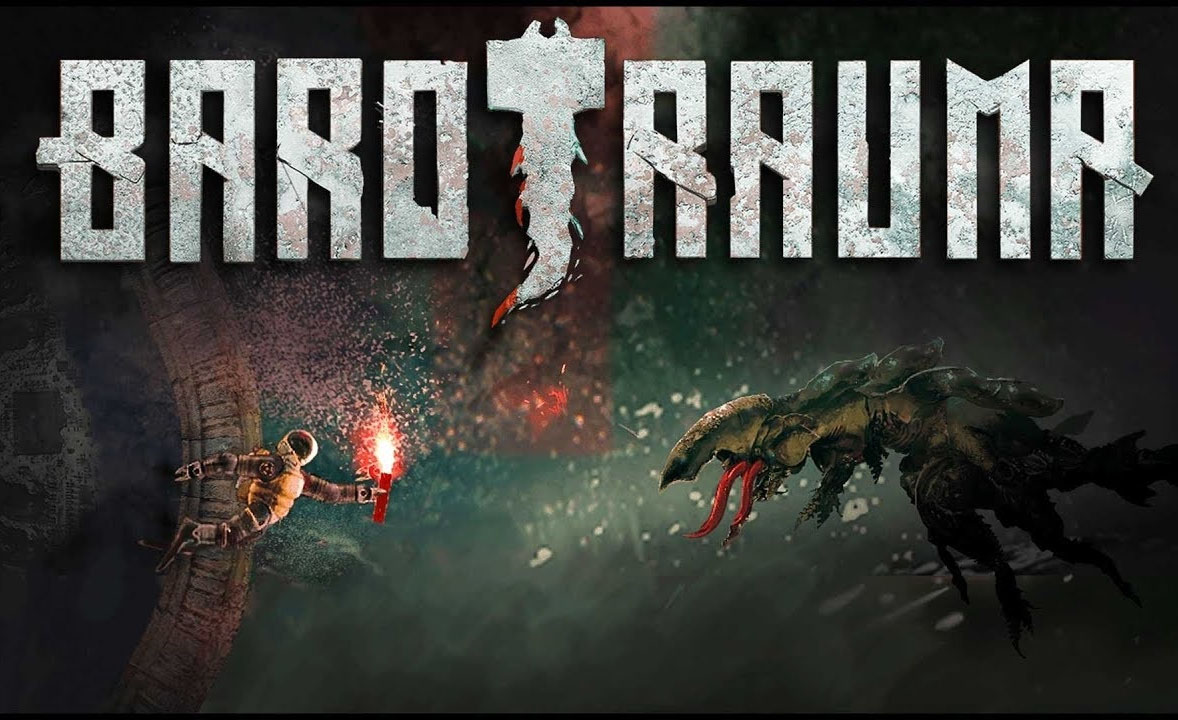 As we continue our looks at the GWB Award Winners for this year, we decided to focus on the winner in the Best Survival Game category, Barotrauma.

Space and the sea are both vast. And yet, at the same time, despite their vastness they both invoke a feeling of claustrophobia – submarines and space ships both provide cramped, dangerous and unstable shelter from a surrounding environment capable of quickly ending life. To look at the ocean is to feel peaceful. To be travelling within the ocean is to be surrounded by pressure, depth and darkness.

Perhaps this is why the dual-development teams of Undertow Games aka Regalis and FakeFish games decided to combine both the sea and space together with their frankly terrifying space submarine simulator. Set in the oceans of the moon Europa, you and your team must navigate an impossibly hostile ocean, filled with alien dangers and fears of internal betrayal.

It's worth noting, though, that despite the darkness and tone, Barotrauma is blessed with a wicked sense of humour, and it basks in grotesquery so extreme you cannot help but laugh. It's that line that the game treads so well that made it stand out, evoking the same awkward mix or revulsion and hilarity as a Sam Raimi movie. This, allied with a co-op enabled spin on a sim genre usually populated by single-player games, meant that Barotrauma really was the best survival game we saw this year. It's one thing to manage a crew by yourself in the deep, dark ocean, it's yet another thing to coordinate with your friends while all hell breaks loose. 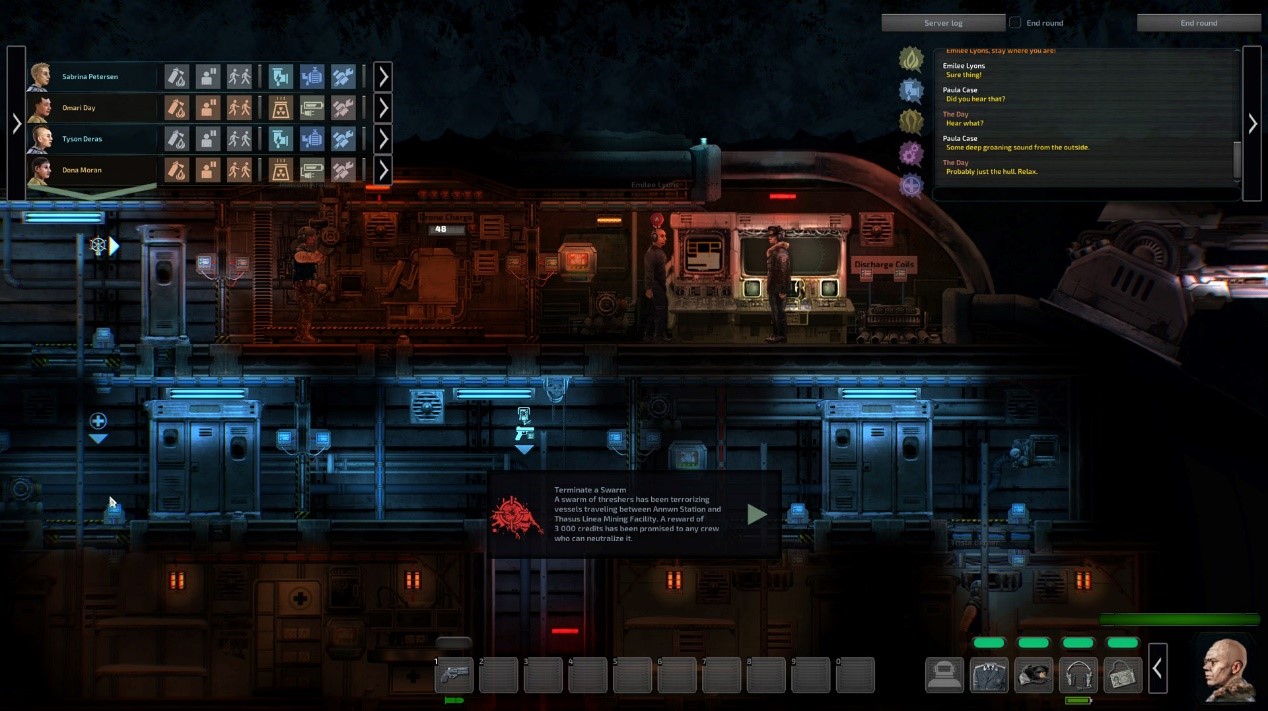 A while back, we had the opportunity to sit down with Aku and Kimmo from the FakeFish team to discuss the background of the game and the thought process behind its design and success. We talked about the background to the game, the modern state of hardcore gaming experiences, as well as some chat about internet content creation and the future of the game. Enjoy!

GWB: Hey guys, thanks for taking the time to talk to us. I'd like to start by asking where did FakeFish get the inspiration of Barotrauma?

FakeFish: Barotrauma started as a solo-project lead by Joonas Rikkonen 5 years ago. It was then called Subsurface. Barotrauma draws a lot of inspiration from another PC game called Space Station 13, which is a community-developed, multiplayer, round-based role-playing game, where players assume the role of a crew member on a space station. So, we were thinking why not make a submarine version of "Space Station 13", where players assume the role of submarine crewmembers? That's how [it started].

GWB: You mention Space Station 13. Of course, even though the games share similarities, there are also some significant changes – Barotrauma gives a side-on perspective. Furthermore, the settings are different. How have the changes you made influenced the game design, atmosphere etc.?

FF: Moving the setting from a space station to a submarine is perhaps the most apparent difference to Space Station 13, but we also intentionally diverged from SS13 in several aspects of the game's design. Gameplay in Space Station 13 is in a sense less "structured" and relies more heavily on interesting events arising from the actions of the players. While this does definitely create very interesting and fun moments, it can also often lead to uneventful rounds and boredom as the players have to come up with their own goals and things to do.

In Barotrauma we aimed to keep Space Station 13's sense of freedom and the unexpected emergent gameplay that happens as a consequence of the players' actions, while giving the players clearer objectives and ensuring that there is always something interesting going on. The game is also generally much more fast-paced and action-oriented than SS13.

As for the atmosphere, the wackiness and tongue-in-cheek humour of SS13 is present in Barotrauma as well, but in general the tone of the game is darker and more suspenseful. This was an intentional choice: not just because the game's original developer was known for the horror game SCP - Containment Breach whose fanbase was waiting for another scary game, but also because the dark, dangerous underwater environment simply had so much to offer when it came to tense and scary moments. GWB: Games from FTL, to Sunless Sea, to Rimworld prove there is definitely a market for unique and/or hardcore sim experiences. People tell stories to their friends about their successes and failures and create a narrative around the events in their games. Do you have any interesting stories of something that happen while you were playing? Or maybe something that happened during development?

FF: Some of the most interesting moments for us are when the game or the players surprise us somehow and make us go "I didn't know that could happen" or "I didn't know you could do that".

One example of this was an exploit (or a feature?) that was discovered by some of the players. The game includes a parasitic alien species that infects other lifeforms and turns them into so-called "husks" which spread the parasite further by injecting eggs into living hosts; sort of like a zombie virus. When players get infected with the parasite, they start to slowly lose health, but can prolong their death by infecting others. They also gain the ability to survive underwater without diving gear.

A group of players had come up with the idea of intentionally infecting themselves with the parasite, and keeping themselves alive by carrying dead bodies on board and periodically injecting eggs into the bodies. Creepy but ingenious: a crew of zombie submariners who don't need to worry about diving suits if the submarine gets flooded.

GWB: Twitch and Youtube have completely changed the way indie games find audiences today. It used to be that indie games had to get press to be a success, but now you're far more likely to garner sales off the back of content creators on video / video streaming platforms. Do you consider something like Twitch when developing a game like this? What's your feeling about people streaming your game to a wider audience?

FF: During the early years of the project, streamers, content creators and such were not really given much conscious thought in the design. Back when the game was a one-man project and the core design of the game was taking place, the goal was essentially just to create something the developer wanted to see becoming a real game, with the presumption that there would probably be others as well who'd be interested in a game such as Barotrauma.

However, during development we did occasionally make design choices that were intended to make the game more attractive to streamers and youtubers, or to put it another way, choices that made the game more entertaining to watch. For instance, one of the reasons we kept the somewhat comical-looking ragdoll animations instead of going with something more conventional was that the wonky ragdoll characters were simply so fun to watch!

In general, streamers and youtubers have been very important to us in spreading the word about the game and attracting new players. In the case of more linear and story-driven games, content creators may be a sort of double-edged sword; even though they help the game get visibility, they also make it possible for players to just watch through the game instead of purchasing it. In the case of a procedural sandbox-y game like Barotrauma where no game session is exactly the same, the situation is a little different. Even if you've spent a lot of time watching streams about it, you can't know how your own underwater adventures are going to go and what kind of hardships you're going to face when you dive into it yourself.

GWB: A lot of Chinese players watch your games on the Chinese version of Twitch, Douyu. I also played the game myself...to be honest, it seems too hard for Chinese players. The gameplay is so hardcore! One puzzle in the game is to find a chemical element that does not exist in the real world. Could you tell me why you made the game so hard? Why has "hardcore" come back in fashion?

FF: It was meant to be like this. We did a Livestream at an early stage on Steam and quickly found that people loved to watch the hardcore gameplay.

In our case at least, the players seem very drawn to the trial and error mentality. There's a sense of discovery, feeling skilled at a game that is seen as difficult, that seems to appeal to some players. Especially earlier in the development, Barotrauma had a very steep learning curve, and even the tutorial was hard to play, and many players seemed to like that particularly. We've since worked to ease the learning curve somewhat, and even now, the game is occasionally described as "punishing", but at the same time, there are now some who feel that the game is not difficult enough. It's a fine balance, making a game that appeals to the players who are hungry for a challenge but still not too exclusive because of its difficulty.

So we're not sure the hardcore players ever went anywhere, maybe it's more of a case of many hardcore games not getting the big spotlight. Maybe hardcore has always been in, with the players finding the games that are their type, and occasionally we just see bigger games coming from that scene. 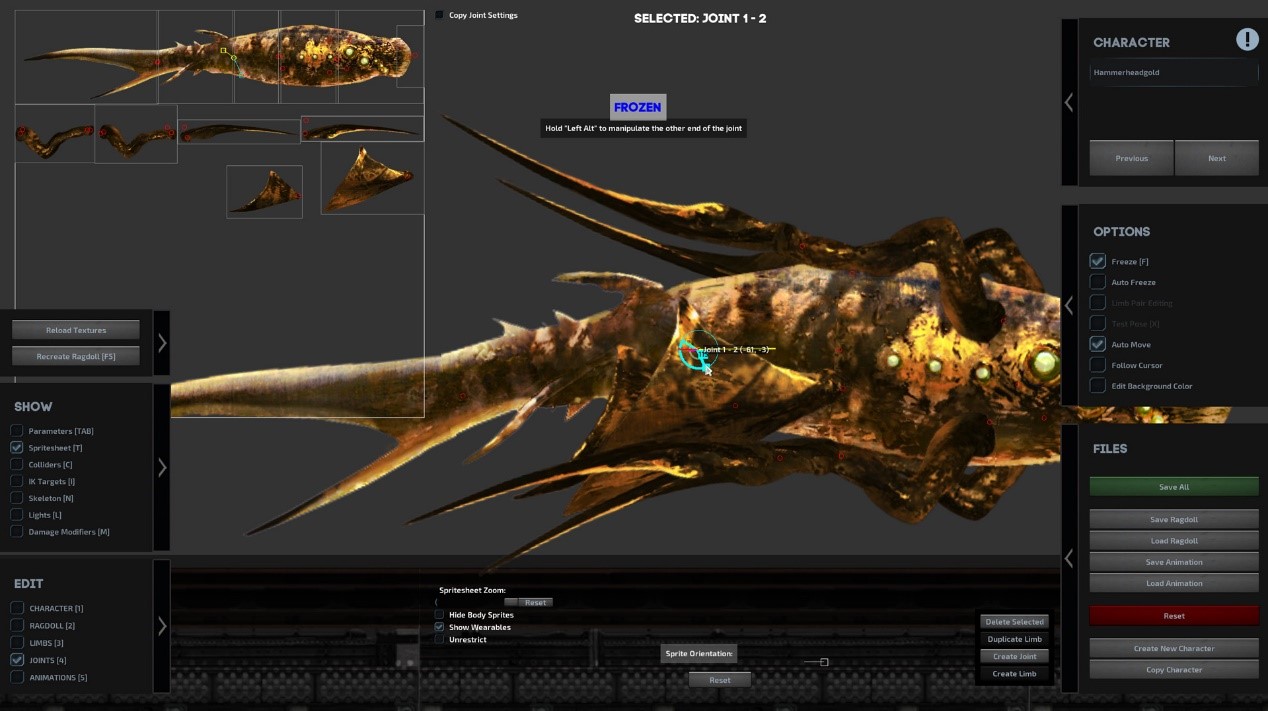 GWB: I saw your game has mods. I love the concept that people can share their ideas by releasing game mods on the steam community. What will you guys do in the future with regards game mods?

FF: Barotrauma is an open source game, which makes it easy for players to make mods, and Steam workshop makes it even easier to share mods with other players. We've also released our own programming tools for making submarines and monsters, so that players can use those same tools to make their own. Almost all elements in this game can be edited freely and then released as mods. This kind of collaboration is very important to us, so we also update the modding tools regularly to make sure modding is as fun and easy as possible.

GWB: Thank you for your time.

Barotrauma is available to buy on Steam right now. As an early access title it receives frequent updates, the most recent of which is the Beasts Within update which is full of both content and gameplay improvements. To stay up-to-date with Barotrauma news, consider following @UndertowGames and @FakeFishGames on Twitter. You can also check their website for the latest news at https://barotraumagame.com/.

This article was originally posted on the Tencent GWB Platform Facebook page. Some information may have been updated.