NEWS > An Interview With Nakul Verma

An Interview With Nakul Verma 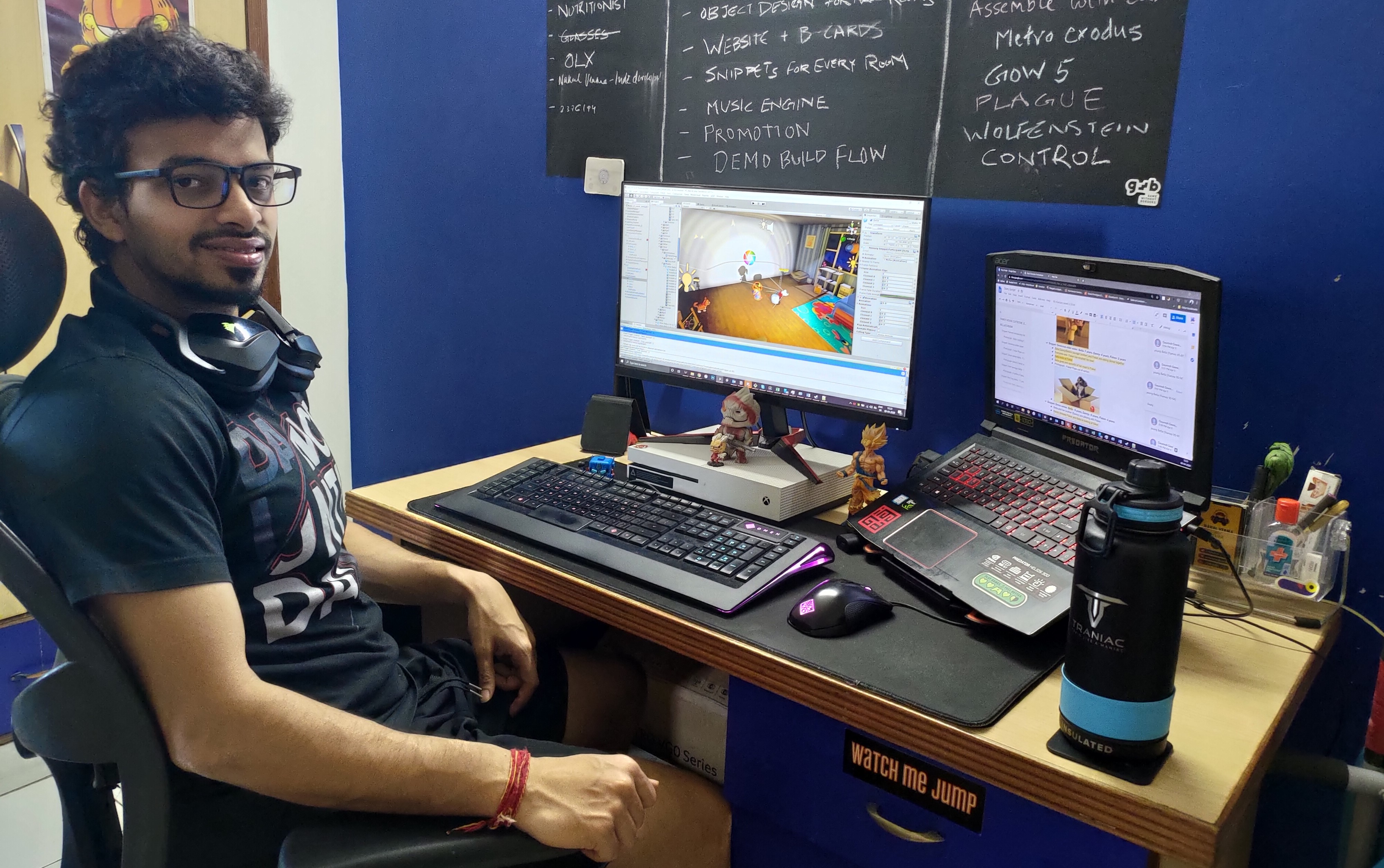 A talk with Nakul Verma

In 2019 In The Shadows won Best Puzzle game at the GWB Game Awards. The judges were impressed by the shadow manipulation mechanic in the game and felt the game showed a strong creative vision. After winning at the GWB Game awards, In The Shadows went on to win the Indie Prize at Game Daily Connect Asia. However, despite turning heads at awards events, the developer behind the game, Nakul Verma of Playbae, decided to completely overhaul several elements, most notably the visuals.

When we last saw In The Shadows, it looked like this:

Now, some months later, it has a drastically different visual style. 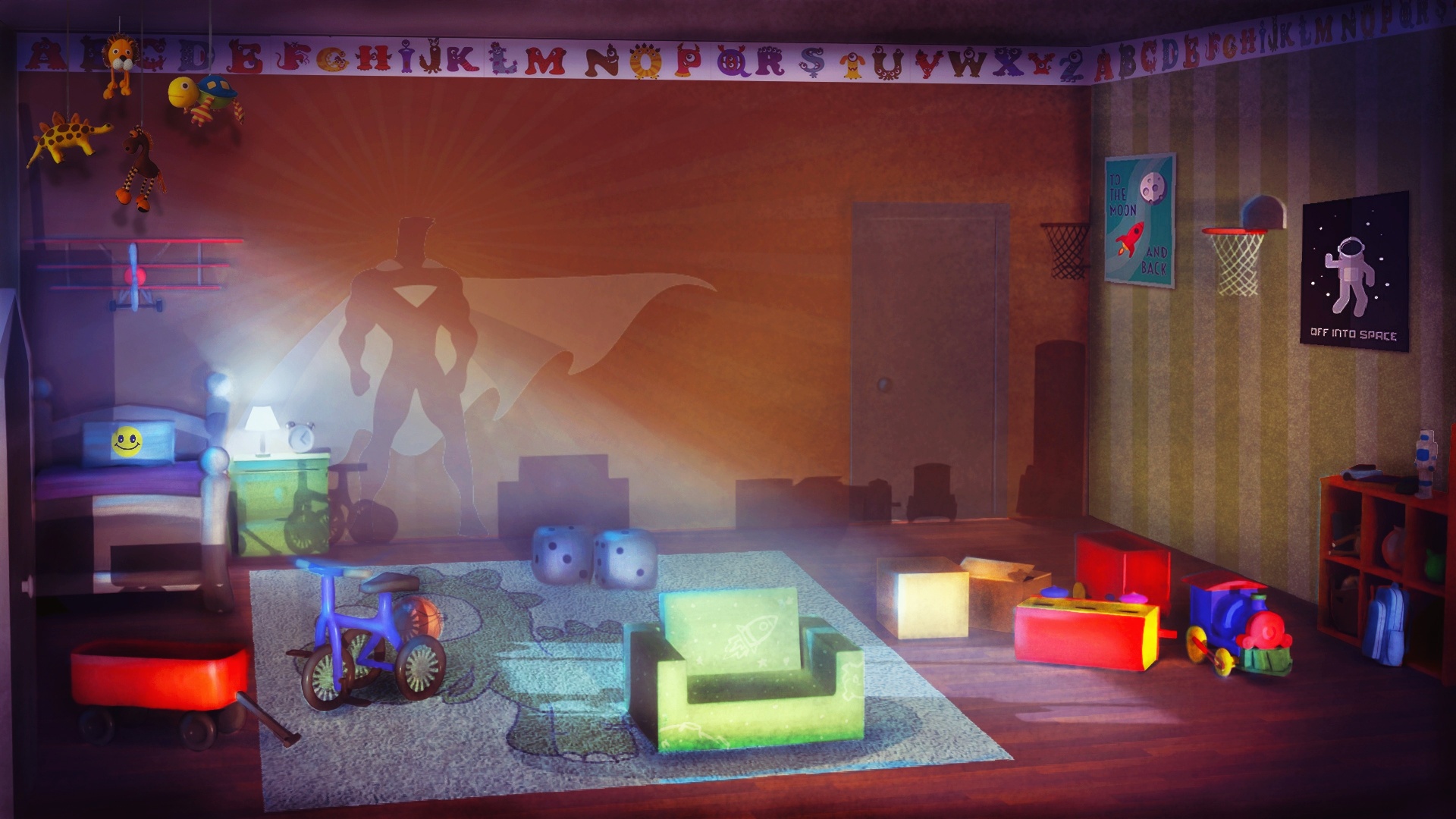 We recently had the opportunity to ask Nakul about himself and the game, including the story of its development as well as the cause of the dramatic visual changes. What follows below are edited highlights from the interview:

Nakul on his development background

I always wanted to do something with games. During my college years, I realized that I liked programming and, more importantly, I like creating, so I soon quit my college placement job to start working at a service-based games development company.

His concept for In The Shadows and his main inspirations

I don't exactly remember when, but I recall sitting on my apartment's terrace. I saw my shadow on top of the shadow of a pipe, which somewhat looked like my shadow was a game character on a platform. That is when I thought of giving this idea a try. I was making games at my job at that time and, fortunately, I did not have much [of a work load].

So, I started prototyping and researching ideas on how to make a platformer [based on] shadows. It took me a whole month of trying and failing before I found a solution that was practically viable. The idea still had a lot of flaws that I realized later when working full-time on it, but that's an entirely different story!

Other than my friends and family, who have constantly backed me up, I have found inspiration from other indie games and their developers. Not to forget all the awards and events that I have been a part of, they were monumental in making me aim towards all of this.

Ever since I played Limbo, I wanted to make a similar indie game that can instill emotions in the player and, at the same time, make them get fully immersed in the genius [of the] gameplay. I wanted people to remember not just the game but also its story and its creator, just like how I remember all such games like Limbo, Portal, Superhot, Monument Valley and Little Nightmares.

First, create a basic prototype of the 'core' gameplay loop and test its potential, whether it is fun to play or not or what can make it better. The prototype [will be] very basic and have a very small scope, so now is the time to think of all the design principles and features that will be there in your final game. By design features I mean things like gameplay progression, content addition, gameplay elements and their variety...

During this documentation period, you will encounter a lot of challenges and you will have to make a lot of crucial decisions. Make sure to spend a lot of time on this and try to stick to these design principles from that point on. Some [elements] are bound to change but it is essential to keep most of them the same throughout the dev cycle.

When your design is finalized, you should work on a fresh project taking only the logic part from the prototype. 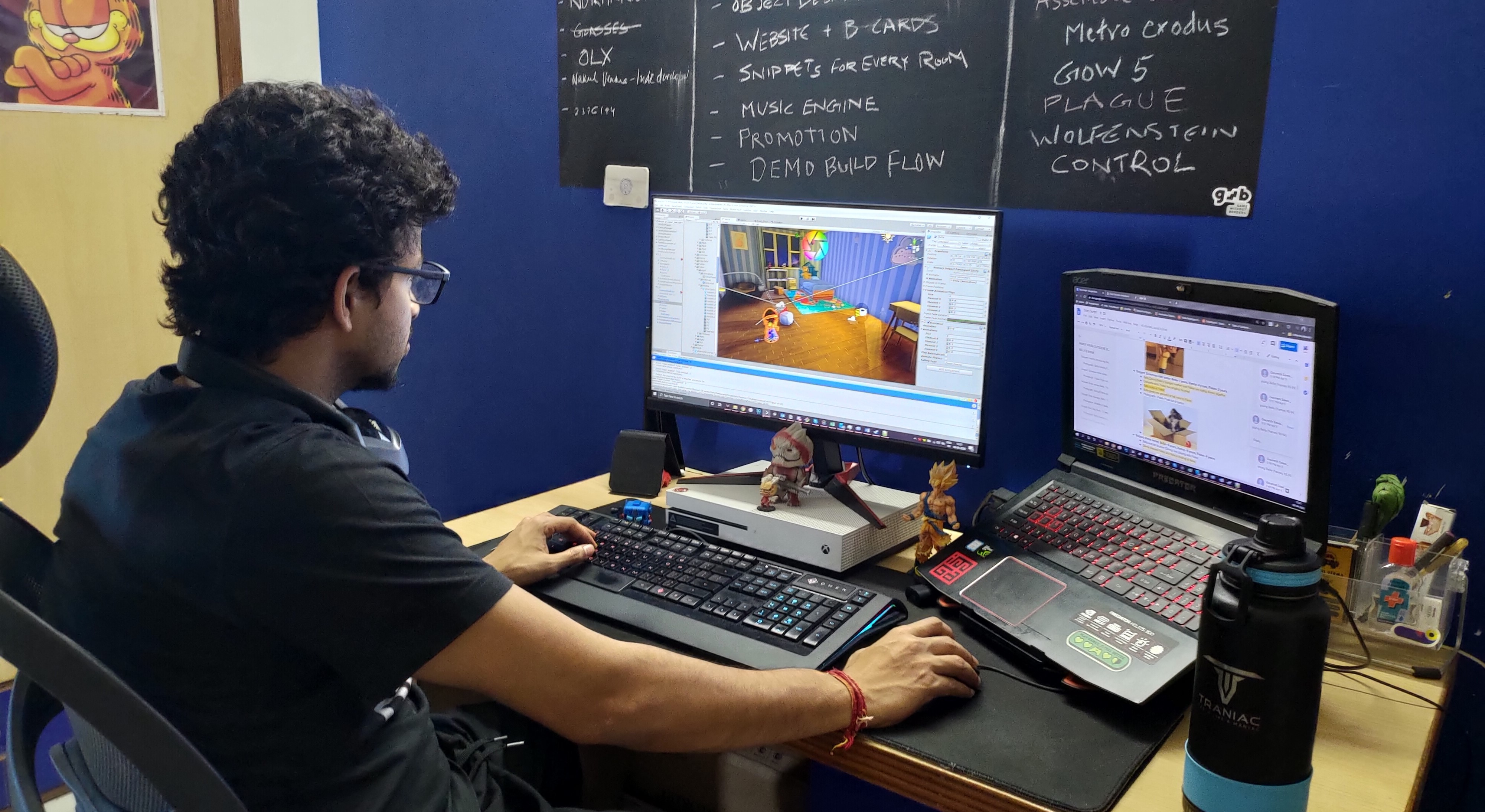 I have faced a whole lot of challenges and I still am facing many. Some of the major ones were:

1. Gameplay design for a game that gives the player a lot of freedom but still has a lot of restrictions is extremely tricky.

2. [There was] no reference game to look up to while designing.

3. Planning and managing resources to effectively develop a game with such a big scope. (it has increased a lot since the last time the game was showcased).

4. Finding a team that can take responsibility and has enough creative and technical prowess to handle and manage tasks by themselves.

5. Constantly juggling between so many roles, most of which include coordinating with freelancers and managing their output.

On what makes In The Shadows unique and fun to play

First, the game has a concept that seems very imaginative and dreamlike. Second, it has a pure focus on the shadows in the gameplay - the puzzles revolve only and only around shadows. Finally, the user [has] the freedom to use shadows their way, giving them a feeling of satisfaction and making them feel clever when they complete the level.

[Because of the] inclusion of Narrative, everything is being redesigned to fit the story. Now the game has a purpose, instead of just being a unique game based on shadows, it is now a game with an overall theme and story that is bound together by the shadows. [The fact is] the gameplay did not have a problem before, there was just no reasoning behind whatever was going in the game. 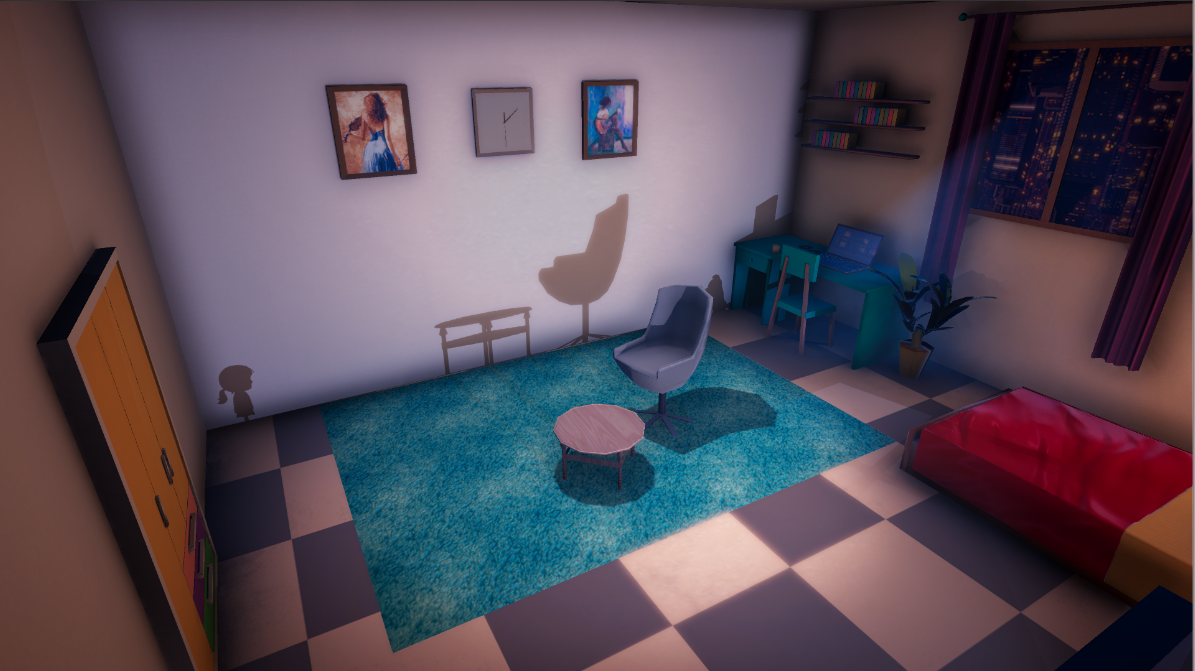 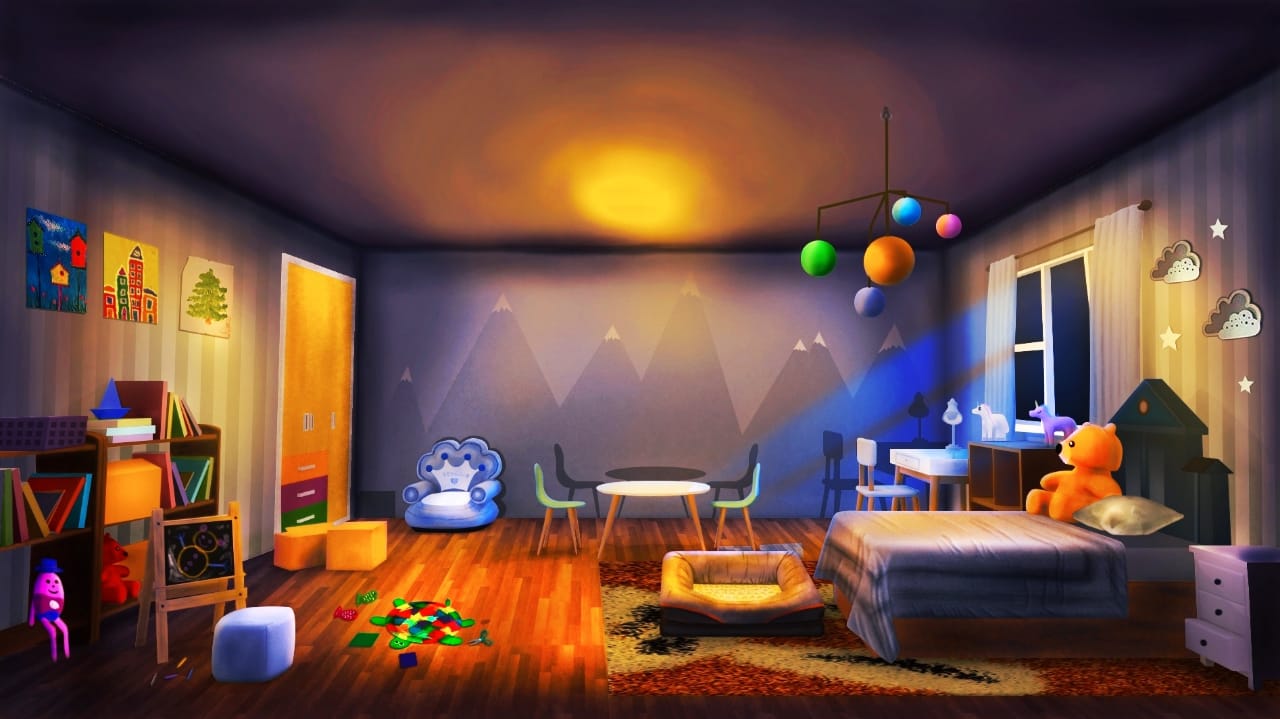 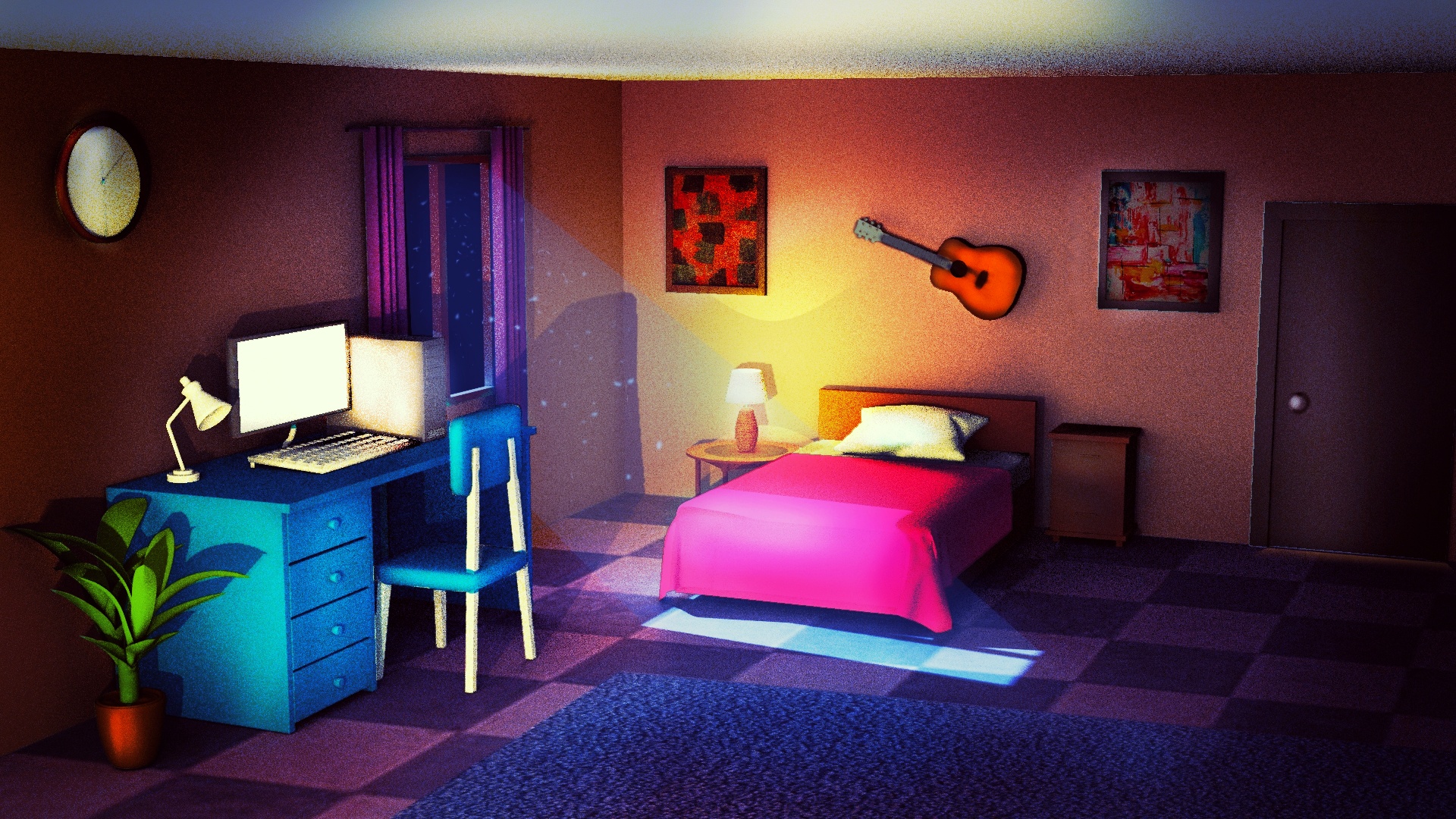 It has had a huge effect [on the development schedule] but hopefully, the player will be able to relate to the story and look forward to playing the game not just for the puzzle gameplay but also to unveil the story as it progresses.

[From this experience, I learnt that you should] always plan for problems and issues. It is better to overestimate the time that will be needed for development and, also, it's a good idea to invest some time on finding good team members before planning and getting started.

On the relationship between awards recognition and success

There is absolutely no guarantee that winning awards alone can ensure you success. But there's so much more that you can get from these awards and events that can get you on the path to success. After that, it depends on whether you stay on that path. You can build a lot of great friendships in the industry, meet influential people, get inspired from other developers, as well as get eyes on you and your game.

On emerging talent in markets such as Brazil and India

I think it is plain catching up and growth. People are just being more aware of all their possible career choices. Also, the fact that nowadays more and more great games are made by indies, encourages young devs to consider this as a viable career choice. I believe all of this has been made possible by the boom of the mobile gaming industry.

Having a good network is definitely pivotal towards shaping your path. In India especially, since indie dev is such a new scene, everyone here in the dev community is super supportive of each other and is always trying to help more indie developers to raise their profile and shine.

We want to thank Nakul for taking the time to talk to us and share his experience of developing In The Shadows. We are sure people will love it when it is released and we strongly encourage you to visit the Playbae twitter account and give them a follow – showing support for small indies is so important and dramatically increases their chance of success. That, for now, is the best way to stay up to date with any changes and In The Shadows news.

Next time, we will be following up with some more news from the 2020 edition of the GWB Game Awards. And remember, submissions for this year are still open. If you want promotional assistance during and after awards participation, hardware and more (all for free) both in China and internationally, just register an account here and submit your game.